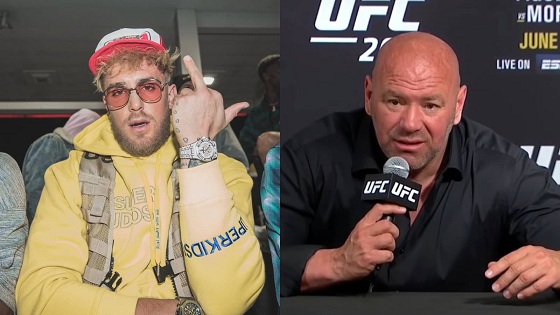 After the last fight of Jak Paul with Tyron Woodley 2, Jak Paul harsh speaking for UFC Management and demanding the following points.

5 days have passed & while I’ve agreed to be tested, Dana has vanished like Casper. Dana: my 1st fight deal, I will fight for $50K, the new min. You make millions off of me & all of UFC fighters benefit from the new min, rev share share and healthcare.  ?

In another twit he says that Dana White claimed my fights are fixed and THEN claimed I’m on steroids… So I’m on steroids to win fights that are already fixed for me to win? Sounds logical