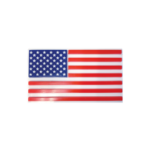 Tai Tuivasa is Australian Mix Martial Artist, he currently competes in the Heavyweight division in the Ultimate Fighting Championship. As of February 14, 2022, he is #3 in the UFC heavyweight rankings.

He’s beloved by the masses because of his carefree attitude and brutal fighting style but Tai Tuivasa is well aware of the task in front of him this weekend in Paris. We followed ‘Bam Bam’ to Thailand for his training camp in the lead up to his title eliminator fight against former UFC Interim Heavyweight champ Ciryl Gane